Porphyrius, a fourth-century Latin poet ate  children of Gods in a magic ritual and unlocked his power to experience divine inspiration.

All mushrooms are, however, not children of God. The magic power is found only in fungi known as “fool’s mushrooms”. These are mildly hallucinogenic and also believed to be the spawn of the Devil.

Under its influence, Porphyrius produced picture-poems (calligrams /carmina-figurate). He presented the poems in forms approximating the shape of the subjects of his poem. The text is a covert description of the illustration which the reader has to work-out.

An example available in public domain. 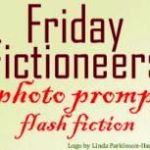 Thanks for the prompt Rochelle Wisoff-Fields. SHALOM.

17 thoughts on “Children of God”