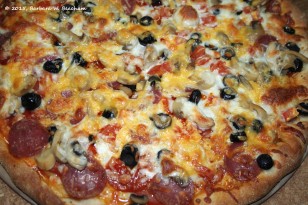 Finish the story begins with: “Pizza anyone?”

The man plucked pizzas off the tree and proceeded to toss them below.

A whirlwind had hurled their ship a thousand leagues in to space and finally landed at an island in space beyond the moon. The island was a huge jungle with no trace of any animal species. The trees were large with beautiful foliage and strange fruits.

The captain and his sailors ate the pizza fruits that tasted of fluffy-bread, melted-cheese, olives, tomatoes and foie- gras.

Their stomachs smiled and the trees grinned.

Soon the pizza fruits started digesting the humans and after ten sunsets there were only greenish black globular structures the size of a barrel.

Another set of sailors reached the space island and wandered past the cluster of young barren trees towards the fruit-laden trees beckoning them. 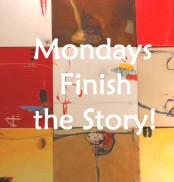 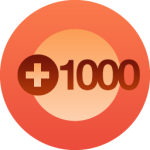