This building and the site spells hospitality. It was actually a hospital before it commercialized its hospitality. During the English Civil War (1642-1651), the Parliament of England recognized its duty of care towards soldiers killed or wounded in its service. The first dedicated military hospital was established in the Savoy Hospital, London. 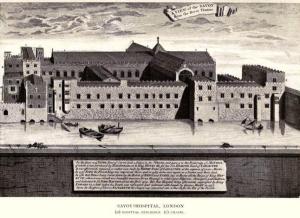 San Francisco Chronicle on 30 August 1891 published the views of General Cutting, ‘I maintain that for service there is no hotel in the United States to compare with that Hotel Savoy in London.’

A celebrity left his shoes for cleaning but when he got back he found that the laces were missing. He called house-keeping. ‘This place claims to be the best hotel in world. Yet, you return my polished shoes without laces.’

‘We were waiting for your call, sir. The laces have been washed and dried. We would like to know you if you prefer them pressed round or flat.’ house-keeping cleverly answered.